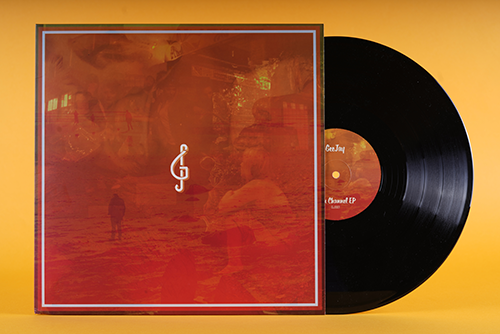 As the 2019 winners of Yamaha’s Funk It Up Competition, GeeJay won a coveted slot to play at Love Supreme Festival. Aside from recent International performances at Sugar Club in Dublin, Lodge Room in Los Angeles, and the IQ centre in Kiev, They performed their own sold-out headline show at Servant Jazz Quarters April 2019. They are certainly one to watch and one of the most exciting acts to emerge from the burgeoning Neo Soul and Jazz scenes this year.

The story of GeeJay started in a coffee shop in Harringay London where Gina Jane (vocalist and songwriter) and Jacob Lobo (producer, saxophonist and keys) were both working as baristas. They soon started jamming on the café’s old piano and as the weeks went by, they quickly started to develop their own distinctive sound by fusing elements of Soul, Funk and Jazz with urban hip-hop. The strong, soulful and emotionally-charged vocals of Gina fit perfectly on top of Lobo’s vintage jazzy chords, groovy rhythms and energized sax playing.

GeeJay’s debut EP ‘Thru Channel’ and second EP ‘City’ in 2019 gained critical acclaim from the industry media (Red Bull Music, Clash Music) and their soulful take on the classic Garage track Flowers was The Observer’s Hot Track of the Week. Whilst the duo received further support from streaming services (Apple Beats One, Spotify, Colors and Café Nero’s in-store playlist) as well as radio stations (Jamz Supernova/1Xtra, Reprezent FM, Hoxton and Westside Radio), GeeJay have been nominated as a 'New British Talent' artist by British Airways.

“GeeJay rocked the Love Supreme bandstand as the headline artists, playing an encore too to an extremely receptive crowd!” Yamaha Music

The amount of soul packed into every line is ridiculous, complete with both fluttery vocal cracks and impossibly high belted notes….They have turned industry heads with their fiery energy and unique sound, Ones to Watch, Live Nation